To comply with Government guidelines regarding the coronavirus, the Spitfire simulator is closed until further notice.
Please monitor our voicemail message on 01403 700346 for updates.

Brian Smith, who served with the RAF and later as a pilot with British Airways has constructed a unique Spitfire 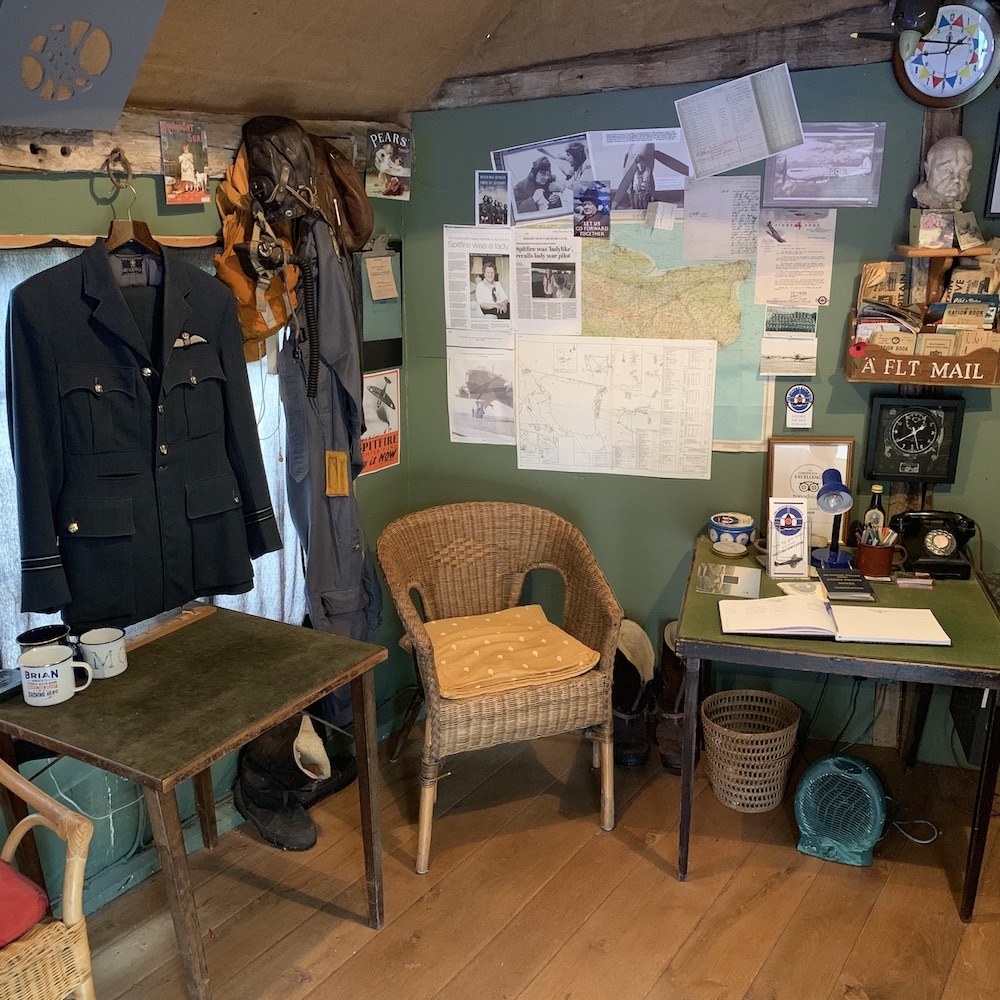 flight experience in a barn at his Wisborough Green home.  uniforms hang on the wall, logbooks sit next to ration books and old newspapers, and Vera Lynn records grace the airwaves to create a nostalgic feel to the experience.

Brian and the team have built a cockpit of a Spitfire using realistic controls, displays, and the latest computer technology. The impressive visual experience is displayed over three huge screens spanning the width of the cabin.

Brian said: "We have found it difficult to accurately describe the Spitfire simulator, but the word most people use when they see it is – WOW!" 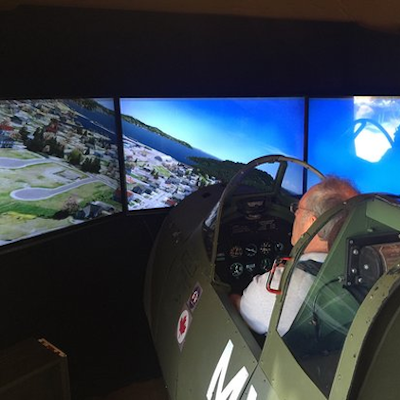 We have a team of highly experienced Instructors who will guide you through your flight.

When people sit in the cockpit and start the engine, they can get lost in the moment. On take off the tail lifts at 72mph and at 100mph you pull back gently on the stick and you're in the air. You can really believe you are flying a Spitfire aircraft.

We've had several Spitfire display pilots here to fly it and they have all given it their approval. We were very pleased with their comments. Anyone can fly it, but when someone who knows the feel and speed of a Spitfire says it is very realistic, that is a huge boost for us.

This excellent and accurate Spitfire package is based on the Griffon powered Spitfire Mk XIV.
Replicating the sound is very important. It is linked through the computer software to large stereos that create the sound and vibration. 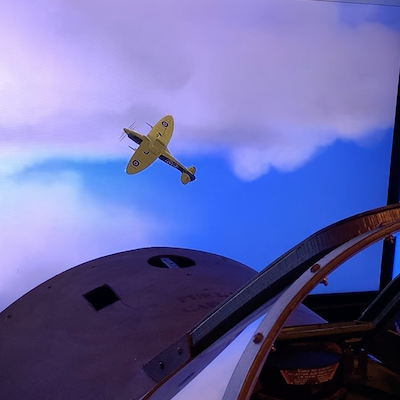 The sound is so convincing that a vicar looked up at the sky when he heard the noise during a walk along the lane!

Brian was born in 1938 in London and as a little boy can remember the Battle of Britain and seeing Spitfires in combat overhead. For the many people who saw Spitfires in action, those images will never fade”.

Local businesses have sponsored the building of the project, with the West Sussex Antique Timber Company fitting the oak wood floor.

Text edited from All About Horsham Magazine